Welcome to Spring: The Vernal Equinox! 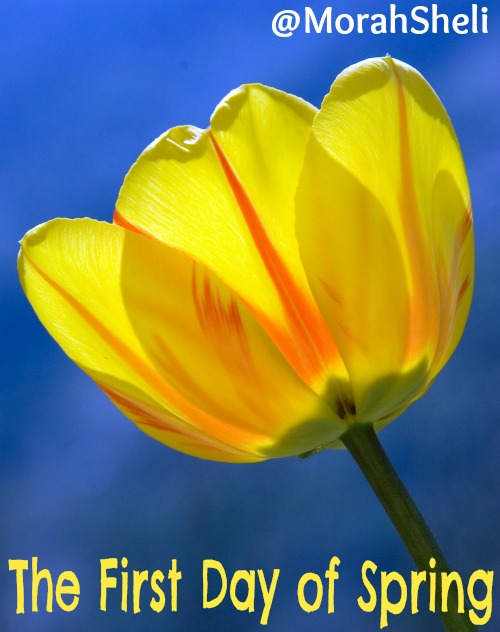 It’s the first day of Spring, and we are full of celebration! I truly enjoy this day and the season it brings. Every year, it’s the same lesson but I am able to go a little deeper than the year before.

We learned what an “equinox” means and what it means. While it’s not perfect, the term carries the meaning of equal day (~12 hours) and equal night (~12 hours). I teach my sons and students that it’s “equal light and equal night” because they can remember better when it rhymes. 🙂

We learned about the lunar year. There are 354 days in a lunar year. The older ones could easily understand how a lunar year fits within a solar year (354 is inside of 365). Because we observe Biblical Feasts, I went further to explain to them how the moon is used to keep feasts and how we (and others count). {Reference Psalm 104:19}

The Creator and His Creation

We learned how important it is to be in sync with the Creator and how we are to use the lights (sun, moon, stars) for seasons, signs, and times, etc. We discussed how we can tell time (and which times) using these light. We also discussed the charge the sun has to rule the day and the charge the moon has to rule to night as we usher in a new year.

We crafted sundials and took them outside right around noon. We discussed shadows and how the sun helps to create them, but more specifically, how we can tell time. The shadow cast was between the 12 and 1, telling us that we were somewhere in the 6th hour of light (of the day). We compared the sundial to a digital clock and it was exactly 12:28 PM.

We went on a nature walk and came back to see if the sundial gave a new time. The shadow cast as between the 1 and 2, telling is that we were somewhere in the 7th hour of light (of the day). We compared the sundial to a digital clock and it was exactly 2:12 PM. We all learned how accurate the sun (ruler of the day) and how ancient people were gathering a general sense for the time and not an exact hour-to-minute-to-second telling.