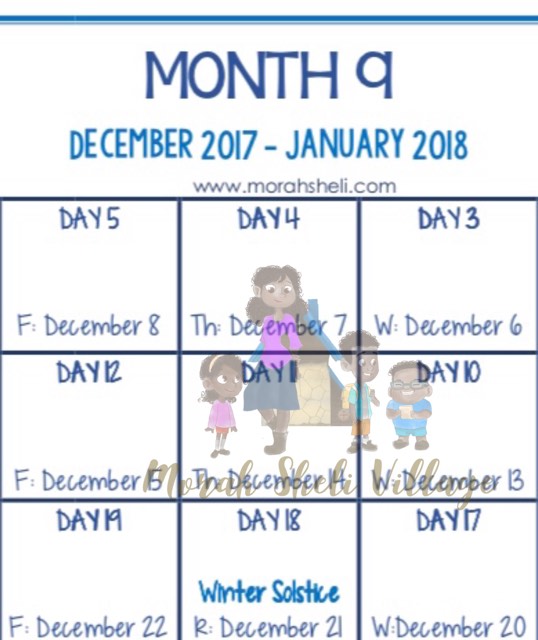 For almost two years, I have been observing time using what is called the Pre-Exilic Calendar. {I am using the term ‘pre-exilic’ to identify the time where cultural practices were kept prior to Babylonian captivity. You can refer to my blog post, Understanding the Hebrew Calendar for more information.}  When I first attempted to follow Biblical Calendar, I refused to use the Jewish Calendar; mainly because I did not find it Biblical. I did just what I thought my ancestors did…observe nature. So, for an entire year I observed all that I could see and made notes about times, seasons, weather, light and more. I did notice some patterns and some consistencies but not enough for me to build a calendar around it, but that was not my aim either. I just wanted to be able to say that I had observed in order to put my thinking in the mind-frame of the ancients.

A year later, I found out that a lecturer (who I had my eye on) would be giving a presentation in my city on the very topic I was (then) most-interested in. Of course, I needed to be apart of that. What was supposed to be a one-day presentation turned into a three-day lecture (over the course of 3 Saturdays) where I had gained 15 hours of notes on how time was kept and nature was observed in order to conclude a reasonable calendar. With more meat than what I had in the year I observed alone, I decided to give it another year using the methods and the knowledge I acquired from the presentation.

It worked. It made sense.

Because I am an educator, I know that one way to test “a thing” is to attempt to re-teach it to a laymen group who is able to grasp the ideas and concepts, but who has no real knowledge on the topic at hand. I attempted to teach a group of children, 12 to be exact; and I attempted to teach a group of women (and I even found myself explaining it to a few brothers who asked.) They all understood and the children and the women actually applied it with me. Each group had questions that I had never considered and once posed back to the original presenter, he was able to completely and logically answer. (Which, for me, was a major plus!)

We kept the calendar for an entire year and it was in sync with nature, which ultimately was my goal. I wanted to understand time in sync with nature. This year, I even gained a “knowing”of seasons and weather before the actually manifested and that really spoke volumes to me.

I have not tried every calendar, so I cannot speak to anything but what I have tested in my own life. However, for now, I will be using the Pre-Exilic Calendar as constructed by Divine Prospect of Kingdom Harbinger Ministries. In case you happen to be a fan of his research and work and are going to follow this same calendar (whether to test or as a lifestyle), I will be uploading monthly calendars for you to reference; especially noting Biblical Feasts and Festivals (commanded and civil).

To begin, please download the Month 9 2017 {Dec-Jan} Calendar! {My gift to you during this Chanukah season!} 🙂

Shalom and Most High Bless,