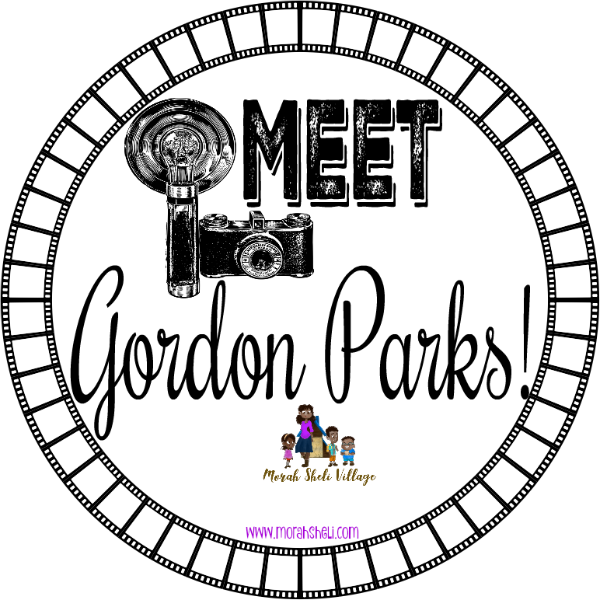 Black Power to ya’! About once a month, I will be shooting introduction videos on historical figures in the African-American community or of African descent. The purpose is simply to introduce my readers/viewers to some lesser-known figures or some lesser-known facts about popular figures. If there is an introduction you’d like me to cover, please contact me and send in your request! It may make my list. To begin, allow me to introduce you to Mr. Gordon Parks!

I saw that the camera could be a weapon against poverty, against racism, against all sorts of social wrongs. I knew at that point I had to have a camera. ~ Gordon Parks

This less-than-10 minutes video gives a brief introduction to Mr. Parks and his work! I also include teaching tips that would be beneficial for history, language arts, and/or photography. All of the resources that I mentioned I listed below plus more. If you’d like to see more “Meet …” videos let me know!

BLOOPER: In the video, I stated that K. Lamar uses Parks’ photographs, but I should have said…

At first I wasn’t sure that I had the talent, but I did know I had a fear of failure, and that fear compelled me to fight off anything that might abet it. ~ Gordon Parks

I suffered evils, but without allowing them to rob me of the freedom to expand. ~ Gordon Parks

PBS’ Through a Darkly Lens : Gordon Parks (Parks has a short segment in this documentary.)

Our History Revealed : African in American Volume 2 is coming soon! There’s a lesson about Gordon Parks in there, but I wanted you to have this biography sheet here in case you’re compelled to teach Parks to your students now. Download “Who is Gordon Parks?” today!