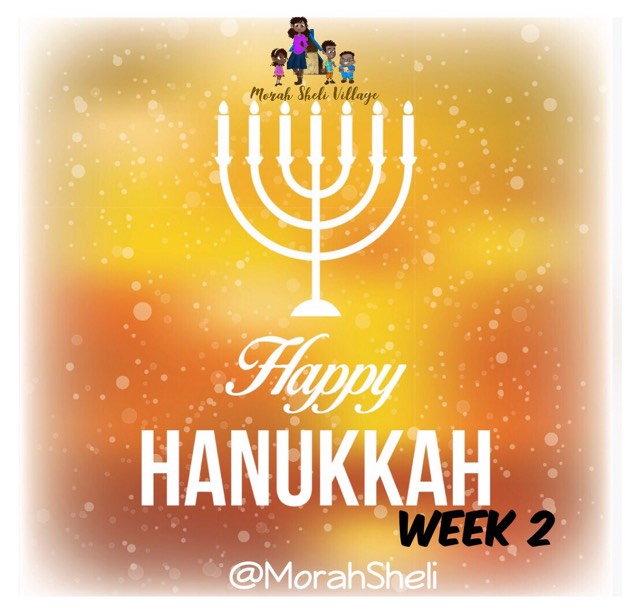 Happy Hanukkah and welcome to Week 2!

Again,  the plans are four weeks long. You may  decide how brief or how in depth you want to teach these lessons. Each week has it’s own topic so you can gain a general idea of what it is about as you decide. This week will focus on Mattathias and his family, namely his two sons Simon and Judah. We will focus on the word motif (a word children and students alike can understand the meaning of) as we look for patterns in 1 Maccabees 2 and 3 that are also present in the TaNaK. I’d like to also give a special shout-out to my friend, Miryam who helped me create all the wonderful printables included in this week’s plans. Thank you!

If you missed Hanukkah Week 1, please visit those lessons first.

Remember from Week 1 we learned about a great assimilation. While some Israelites decided to adopt Grecian culture, there were others who remained faithful to the Most High. Today, you will read about the family of Mattathias. His family left Jerusalem during Grecian persecution.

Explain that the name “Maccabee” (in Hebrew) means “extinguisher” (verb form) or “hammer” (noun form). “Maccabee” is a personal nickname for Judah and “Maccabees”, though a synonym for the Hasmonean Dynasty, properly refers to Judah and his four brothers.

Older Students may choose between the following:

In Day 1, you reviewed animal sacrifice. Mattathias refused to sacrifice an unclean animal, but another Israelite man was willing to do it. Mattathias killed that man and destroyed the unclean altar. {You may decide to review the difference between ‘murder’ and ‘kill’.} Fearing for his life, Mattathias fled to the mountains. Fleeing to the mountains or visiting the top of a mountain is another motif in the Hebrew Scriptures.

Discuss what mountains/hills mean in Israelite culture, especially noting high places. Once Mattathias fled, other Israelite families joined his family. This is a great time to converse about unity, togetherness, and the power in numbers. Remind them again that though there were unfaithful Israelites, there was still a remnant who refused to give up their faith or culture in the Most High. Then, have your child{ren}/student{s} draw Mattathias family and/or other Israelite families on the Mattathias Flees page.

The next major event that occurs in this passage in the Sabbath Massacre. Once word got out about Mattathias’ departure, the king ordered a force of soldiers to the mountains. The soldiers attacked the Israelites after they refused to obey the king’s orders. (Explain that they refused because it was against their custom, not because they were trying to be non-compliant.) Because the attack happened on the Sabbath Day, the Israelites did not fight back. Many lost their lives that day. (Have your child{ren}/student{s} tell you how many people died that day.)

This is a great time to discuss how the preservation of life is more valuable than a day of the week. Once Mattathias learned about the massacre, he ruled that they would fight on the Sabbath in defense of their lives. A battle begins between the unfaithful Israelites and the Gentile against Mattathias, his sons, and other faithful Israelites.

Mattathias knew he was dying, so he did three things (that were common practices in Israelite culture):

Mattathias is not the first or only father/leader to do the things in the list mentioned above. These actions are also motifs in the Hebrew Scriptures. Today’s activity is similar to a scavenger hunt. It is best if your child{ren}/student{s} can recall or recite other Biblical characters who follow the pattern, but if not, please search it out. Have them to name or look for as many Biblical characters as they can who also:

Compare and contrast their lives, missions, successes, and endings. Also, discuss why it is important to value and preserve the history and culture of your ancestors/own people.

Today, your child{ren}/student{s} will learn about two battles that Judah fought. They will also begin a running list to record the Maccabean battles and the result. They can be as creative (or not) as they want to build their list. The goal is for them to understand the outcome of these historic battles and to later notice the motif within them.

The Most High’s delivering power for the Israelites (especially in battle, or from captivity) is another motif in the Hebrew Scriptures. Name some other instances where the Most High delivered the Israelites even though they were outnumbered or at a disadvantage. {This is a great time to call out the Sh’ma together as a group!}