I’m back with another Fine Art Friday, and today I’m featuring nature study! Our nature topic this week was the moon, and since it’s also the first day of September, I added a reading about the turn-of-the-new-month.

Here’s a snapshot of our lesson and activities!

Nature Study: September and the Moon

September’s here! Each time a new month arrives, I explain what the new month will bring (or new season if we have a season change that month). I  like to read the monthly reading from The Year at Maple Hill Farm. It teaches us what tasks are usually performed on a farm for that month and what we can expect in nature. We recite the poem below each month; usually for a few days in the beginning and a few days at the end as we’re either expecting a new month or just about settled into one.

Except in leap year, that’s the time

When February’s days are 29.

We study the moon a lot at the beginning of the Spring and Fall seasons! As autumn draws nearer, we’re studying the moon again. We began with revisiting the moon phases. Each year, they learn something more about the moon. I like that it’s not a topic we can exhaust in our many years of schooling. 🙂 We specifically focused on the moonlight–how much is visible, when and why, how does that light (or force) affect our human lives, and more.

We have dry erase tabletops, so instead of printing several sheets, we drew the Earth and the Sun with expo markers and created the 8 moons around the Earth with sandwich cookies. They explained the phases and I reviewed how the moon is helpful for light, direction, agriculture, and time. (They all mentioned, “like how Grandma Moses used the moon for direction during the Underground Railroad.) {Don’t you just love when they make awesome connections independently!?!}

Agriculture and the Moon

We identified which moon phase we’re in as of September 1 so that we could pair the agricultural tasks for that phase. We’re at the tail-end of a waxing gibbous headed into a full moon where the gravitational pull is high. During this phase, water is pulled by the soil, but most of the energy is focused on the roots. As a result, it’s a good time to grow root vegetables under this moon (considering you are in planting season.) We also conversed about how well Black people have farmed or cultivated the land for centuries from ancient times to modern times. Also, they began their own conversation about us being natural pastoralists and crop farmers from as old a Biblical times to the 20th Century in America.

Wise Sayings and the Moon

I love to add proverbs, sayings, and quotes to anything we’re learning and nature study is no different. We discussed the proverb above and talked about its meaning. We all agreed that it was teaching us patience. I asked if there were any other wise sayings that was similar to this one and one responded, “SLOW AND STEADY WINS THE RACE!”

They understand that one of the purposes of the moons is for feasts/seasons. We named off our fall seasons and began to talk about our plans for each feast this year.

We listened to several songs during this lesson, but here’s few: 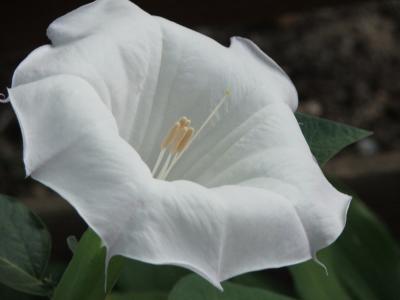